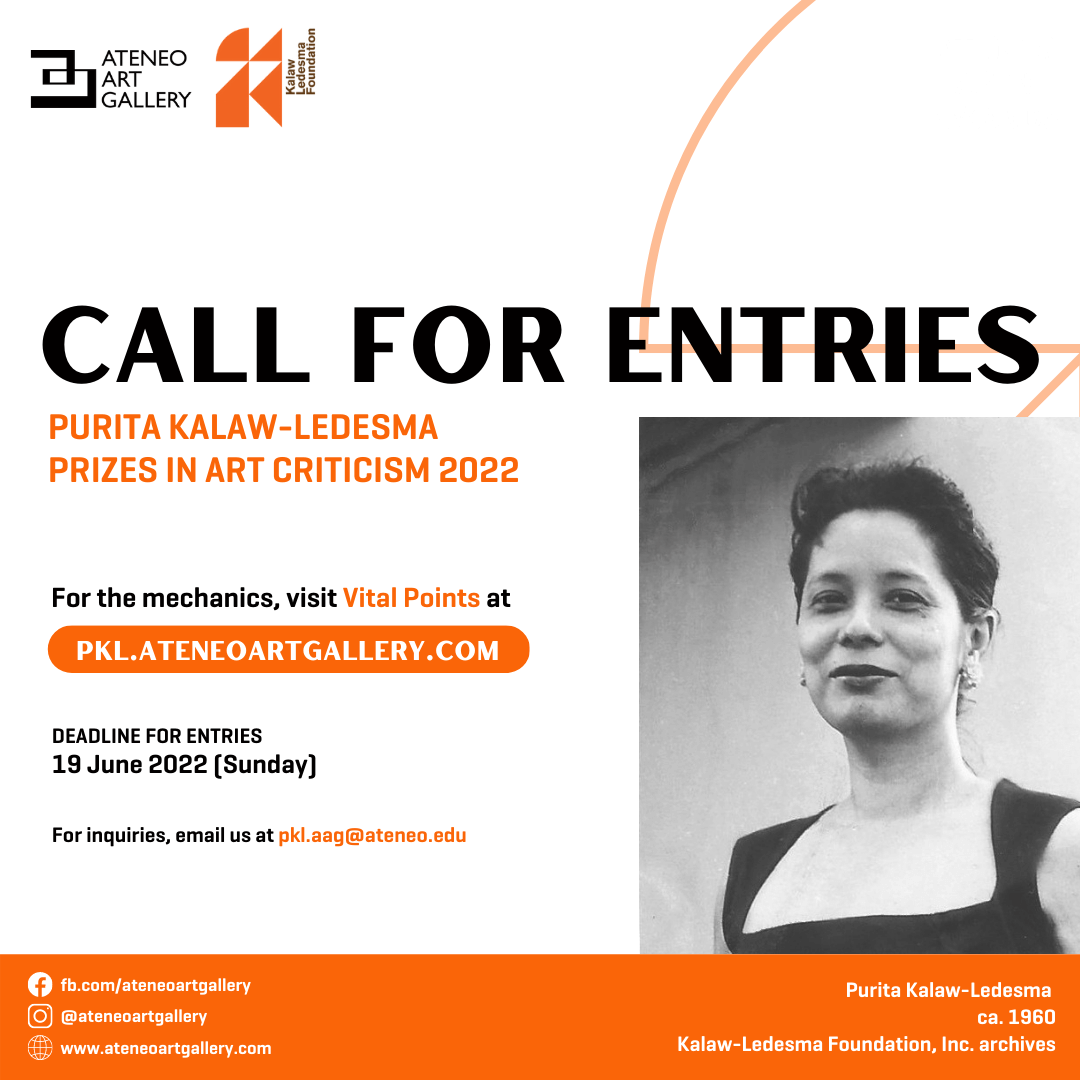 Together with the Ateneo Art Gallery, we are pleased to announce that we are now accepting entries for the Purita Kalaw-Ledesma Prizes in Art Criticism category.

With the theme “Fresh Winds and New Light: Forecasting Change”, the Purita Kalaw-Ledesma Prizes are open to essays that reflect on artworks, exhibitions, programs, projects, other creative expressions, and efforts that aim to imagine a better world. The phrase ‘fresh winds and new light’ is taken from Purita Kalaw-Ledesma’s foreword in an anthology of essays published in 1990, on the occasion of the awarding of the First Kalaw-Ledesma Prize in Art Criticism. As an art patron and founding president of the Art Association of the Philippines (AAP), Kalaw-Ledesma had witnessed the development of Philippine art as it was rising from the ashes of the Second World War up to the beginning of the 21st century. She described the Philippine art world then as having closed doors and believed that through the efforts of the AAP, windows were opened to let in fresh winds and new light. The phrase evokes Purita’s outlook which insisted on critical practice and criticism, openness to new perspectives and change, as well as her firm belief in art’s enduring power. In light of a post-pandemic situation, global crises, and the much-anticipated transition in national leadership, we look forward to essays that probe notions of change–the discomforting yet refreshing excitement of the new; its embodiment in artistic practices that bear the potential for transformation.

Read the complete mechanics in English and Filipino at the Vital Points website. Visit pkl.ateneoartgallery.com.

Entries may be submitted at bit.ly/PKL2022Entry. The deadline for submission is on 19 June 2022 (Sunday).

For any inquiries, please email us at [email protected]