The Awarding Ceremony will be on 1 October 2017.

Exhibit  runs from 23 August to 4 September at the Shangri-La Mall, and 1 October to 2 December at the Ateneo Art Gallery.

Here are the writers shortlisted for the 2017 Purita Kalaw-Ledesma Prizes for Art Criticism: 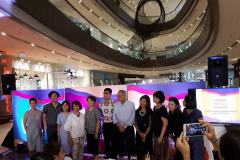 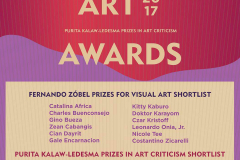